Save 50% on your next order of coffee beans

Here is everything you need to know about the 4 main types of coffee beans, and which ones to pick!

I spent 3 whole days finding out what makes each type of coffee bean different and trying some for myself.

It can be daunting if you’re new to home brewing deciding which bean to pick. So keep reading to find out more.

What Are The 4 Types Of Coffee Beans?

Arabica has a perfumey aroma, blueberry tones, and a fruity flavor profile. They are a lot sweeter compared to Robusta beans, which is why most people tend to prefer Arabica. They have 60% more lipid content and double the amount of sugar compared to Robusta. This gives a smooth, sweet taste and a stronger aroma. However, they have a low caffeine content at around 1.5%.

They are widely available and most gourmet brands use them. When buying Arabica beans check the label to ensure they are 100% Arabica. Pure Arabica will have a higher price point compared to blends including Robusta.

They are grown throughout the bean belt, which consists of:

Although, they are often grown in Latin America, Brazil in particular. Flavor tones vary upon the regions the beans are produced. Arabica beans are prone to pests and coffee leaf rust (Hemileia vastatrix), which is a fungal disease. It can cause small, brown, oily spots on the leaf’s surface, causing the leaves to fall off. Caffeine acts as a natural pesticide, but as it is low in Arabica beans extra precautions are required to thrive.

Ideal growing conditions for Arabica are an altitude of 3300-6600ft above sea level. With temperature between 59-77°F. Subtropical environments provide rich and moist soil. The Arabica plant grows smaller in comparison to other coffee plants, measuring between 8-15ft when fully grown. [1, 2, 3]

Robusta coffee beans are the second most common type of coffee bean and make up 30-40% of the world’s coffee production. They are smaller and rounder beans with a straight crease. Robusta beans have an earthy, bitter flavor profile, with a nutty aftertaste. Although it has been compared to burnt rubber.

Robusta originates from Africa but is now grown mainly in Vietnam. Compared to Arabica it is much easier to produce and has a higher yield, hence the name Robusta. It was named after its hardiness and robust qualities that allow it to thrive in difficult environments. They are much easier to farm when compared to other beans. For ideal conditions, Robusta is grown between 650-2000ft but can even grow at sea level. It requires temperatures of 68-86°F, with plants growing up to 20ft. Robusta has a higher caffeine content of 2.7% which is 1.2% more than Arabica. This extra caffeine helps Robusta to thrive at lower altitudes as it acts as a natural pesticide.

Because of how much easier it is to grow Robusta it is a lot more affordable. It is commonly found in instant coffee, which is usually 100% Robusta. Robusta is ideal for espresso shots as it has a deep flavor that remains intact when adding cream and sugar. Robusta can also be found in some coffee blends as a filler to reduce the cost. [1, 2, 3]

Liberica beans are the rarest type of bean and only make up less than 2% of global coffee production. This makes it a more expensive bean. They originate from Liberia in West Africa, hence their name, and can be identified by their almond shape. Liberica beans have the lowest caffeine content when compared to the others at 1.2%. They give off a floral, fruity aroma but have a smoky wood flavor profile, which is more intense than Robusta. Liberica can commonly be found in the Philippines where it’s known as Kapeng Barako.

Liberica beans are mostly grown in Malaysia, the Philippines, and Indonesia. This is due to the coffee leaf rust epidemic in the 1890s wiping out many coffee farms. Liberica was transported to other countries to be produced. Over 90% of the coffee produced in Malaysia is Liberica. Although, it is not common in European or North American markets. Liberica has the lowest yield of the 3 beans. It requires 2.5 times more coffee fruits to produces 2.2lb (1kg) of coffee compared with Arabica, and 4 times more than Robusta.

Excelsa beans were once a separate species of coffee but have been reclassified as a variant of Liberica. They are similar to Liberica with their elongated almond shape and are grown mainly in Southeast Asia. Excelsa beans make up 7% of the world’s coffee production. They have an unusual flavor profile that is tart and fruity, making it a more sought-after and rare bean. It is often mixed with Robusta or Arabica to give a complex depth of flavors.

Which one should you pick?

Now you’ve got the rundown of the 4 main types of coffee beans you should be able to pick what suits your tastes better. If you’re still unsure, Arabica is the go-to for many coffee drinkers. It can give you the quality you’re looking for whilst being cost-effective.

For more articles like this check out our other guides here. 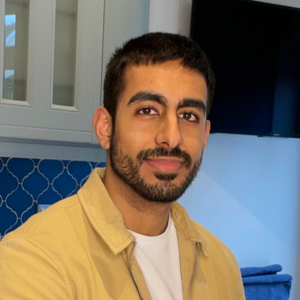 Arun Grewal is the founder and chief editor at CoffeeBrewingPro.com. Providing like-minded coffee enthusiasts everywhere, with the information to make the right decisions to take your taste buds on a journey from the comfort of your own home. 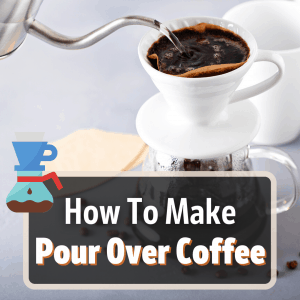 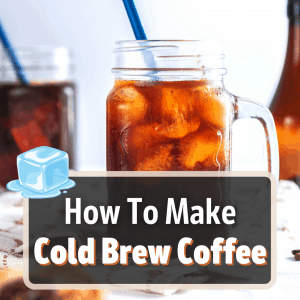 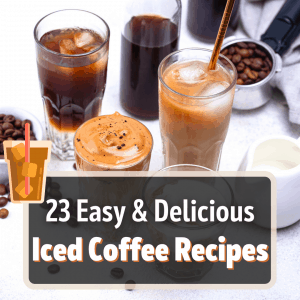 23 Easy And Delicious Iced Coffee Recipes You Have To Try 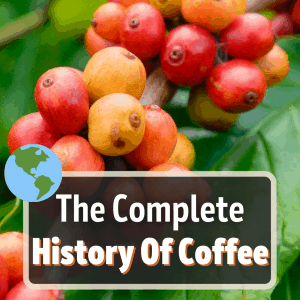 The History Of Coffee: Its Origins And Claim To Fame

Save 50% On Coffee Beans

Learn More About This Offer